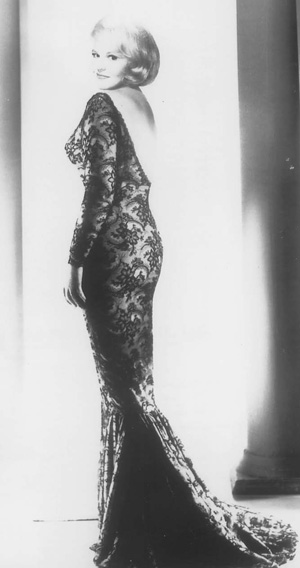 Peggy Lee was born Norma Deloris Egstrom on May 26, 1920, in Jamestown, North Dakota. Her love of singing pulled her out of an abusive home and onto local radio by the age of fourteen. After high school she performed throughout the Midwest. She was discovered by Benny Goodman in Chicago in 1941 and recorded her first hits with the Benny Goodman Orchestra. Lee and her husband, guitarist Dave Barbour, left Goodman in 1943 to write and record their own hits, including "It's a Good Day" and "Mañana." The latter marked the start of Lee's lifelong fascination with Latin rhythms. The collaboration and marriage ended in 1951.

Lee's solo career featured recording successes, live concerts, and television appearances. She also appeared in The Jazz Singer (1953) and Pete Kelly's Blues, which garnered her an Oscar nomination for best supporting actress in 1955. In the same year, she wrote songs for Disney's Lady and the Tramp and provided voices for the film. Recording highlights of Lee's career include the 1958 release of "Fever," a million-seller that earned two Grammy nominations and "Is That All There Is," which earned her the 1969 Grammy award for best contemporary vocal performance by a female artist.

During a career that spanned six decades and defies categorization by genre, Peggy Lee recorded more than 60 albums and more than 700 individual songs. She wrote more than 75 songs and published poetry and an autobiography. She was honored by fans and peers for her uniquely sensuous vocal quality, her flawless musicality, and her riveting stage presence. Peggy Lee died of a heart attack at her home in Bel Air, California, on January 21, 2002.