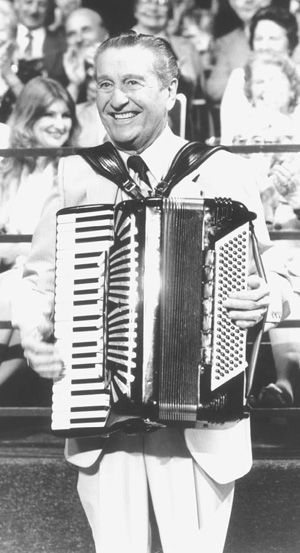 Born Robert Thomas Velline on April 30, 1943, in Fargo, North Dakota, Bobby Vee became one of the more enduring popular musicians of the mid– to late twentieth century. After gaining entrance into his older brother's combo because he knew the lyrics to the popular songs of the day, Vee got his first major exposure on the night of February 3, 1959, in Moorhead, Minnesota, as one of the acts filling in for Buddy Holly, Richie Valens, and the Big Bopper, J. P. Richardson, who had died that morning in a plane crash near Clear Lake, Iowa. The success throughout the Northern Plains and upper Midwest of his self-penned and Holly-inspired "Susie Baby" led to his signing with Los Angeles–based Liberty Records in the fall of 1959. He achieved international fame singing about the joys and angst of teenage life and young adulthood on "Devil or Angel," "Rubber Ball," "Take Good Care of My Baby" (which stayed at number one on the Billboard charts for three weeks in September 1961), "Run to Him," "The Night Has a Thousand Eyes," "Come Back When You Grow Up," and dozens of other songs released on singles and albums throughout the 1960s. In 1967 Vee starred in the movie C'mon, Let's Live a Little, in which he portrayed a rural folksinger adjusting to college life.

Vee still plays to sold-out audiences throughout Europe and North America. His high energy, positively oriented stage show includes his three sons, who also perform independently as a rockabilly act called the Vees. At his studio located near St. Cloud, Minnesota, Vee continues to record and release songs, old and new, on his Rockhouse label, including novel arrangements and compositions that reveal a diverse and occasionally avant-garde musical intellect.