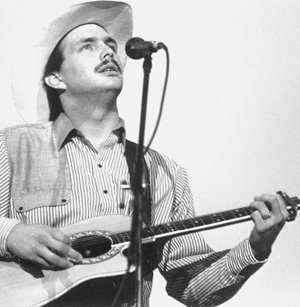 Country music superstar Troyal Garth Brooks was born on February 7, 1962, in Tulsa, Oklahoma. He is the youngest child of Troyal Raymond and Colleen Carroll Brooks. He has one older brother, Kelly, and four older half-siblings. Soon after Brooks's birth, the Brooks family moved to Yukon, Oklahoma, a small town outside of Oklahoma City. Country music was relatively important in Brooks's family (his mother had a short stint as a singer for Capitol Records in Nashville in the 1950s), but his formative years did not indicate that he was country music royalty in the making.

Growing up, he was more interested in athletics than music. In grade school and high school he played baseball, basketball, and football and ran track. He was influenced by the popular music of the 1970s: American singer-songwriter types such as Jim Croce, James Taylor, Don McLean, and Dan Fogelberg and "arena-rock" bands such as Bob Seger and the Silver Bullet Band, Kansas, KISS, Journey, and Foreigner.

After graduating from Yukon High School in 1980, Brooks went to Oklahoma State University (OSU) in Stillwater, Oklahoma, on a partial track scholarship (javelin throw). Like most OSU freshmen, Brooks quickly discovered that music and nightlife were a significant part of Stillwater culture. Near campus, on Washington Street, was a three-block row of restaurants and bars known as the Strip where local musicians performed nightly for beer-guzzling students.

Inspired by the variety of music and the skill of many of the musicians he met, Brooks began to spend every moment of his free time practicing the guitar–an instrument he'd taken up, along with the banjo, in high school –and singing and writing songs. He eventually made his musical headquarters at Willie's, a bar on the Strip that was saloonlike in style but always hosted an eclectic audience. Over time, Brooks developed a substantial repertoire of different styles of music. Between performing onstage and for the track team, Brooks managed to earn a degree in advertising, graduating in 1984.

In June 1987 Brooks and his band, Santa Fe, moved to Nashville. The band broke up shortly after the move, due to artistic differences. But Brooks confidently presented himself to the Nashville public, eventually catching the eye of former ASCAP executive Bob Doyle. Doyle became Brooks's manager and, less than a year after Brooks had moved to Nashville, landed his charismatic young charge a contract with Capitol Records. In 1988 he released his first album, simply entitled Garth Brooks. Less than eight years later, he had become the biggest-selling solo artist of all time, in the process earning numerous music industry awards and worldwide popularity.