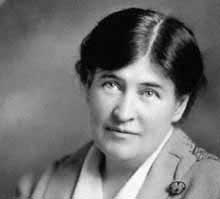 In her essay "My First Novels [There Were Two]," Willa Cather recalls a New York critic who responded to O Pioneers! by claiming, "I simply don't care a damn what happens in Nebraska, no matter who writes about it." One of Cather's foremost achievements has been to make readers care about the "distinctly déclassé" Nebraska and the Great Plains. Indeed, Cather's own complex ties to the Great Plains underlie much of her best writing.

A quintessential Great Plains writer, Cather lived in Nebraska only thirteen years but was later to claim that her deepest feelings were rooted in her childhood ties to this place. Born in the Back Creek Valley of Virginia on December 7, 1873, Cather migrated with her relatives to Red Cloud, Nebraska, in 1883. Her first experience of "a country bare as a piece of sheet iron" was a traumatic one, memorably retold through the eyes of Jim Burden in My Ántonia. After a brief but fierce struggle, Cather grew to love the land and the people she came to know. As an adult she recalled her early years on "the Divide" as among the most important and fulfilling periods of her life. It is also true that a young woman as intelligent, ambitious, and unconventional as Cather felt compelled to explore the world outside Red Cloud, and as soon as she graduated from high school she left her hometown to attend the University of Nebraska. After six years in Lincoln, during which she received her undergraduate degree and established a national reputation as a theater and music critic for the local papers, Cather headed east.

She moved to Pittsburgh in 1896 and worked as a journalist, editor, and teacher while also actively publishing short stories. In 1906 she joined the staff of McClure's Magazine and began a residence in New York City. She stayed with McClure's for six years, writing her first novel, Alexander's Bridge (1912), while also serving as managing editor. Convinced by Sarah Orne Jewett that she could not serve two masters, Cather quit her job at McClure's and embarked on a career as a professional novelist. Over the next eleven years she wrote five novels set, completely or in part, in the Great Plains–O Pioneers! (1913), The Song of the Lark (1915), My Ántonia (1918), One of Ours (1922), and A Lost Lady (1923). After the publication of A Lost Lady, Cather turned to other settings in her next four novels. However, late in her career, with the publication of Lucy Gayheart (1935) and her best collection of short stories, Obscure Destinies (1932), she returned to Nebraska for her artistic material.

Since her death in New York on April 24, 1947, Cather's reputation has grown with an increased recognition of the complexity and allusive depth of her work. No longer classified as a "mere" regional writer, she is now viewed as a regionalist in the tradition of Jewett, Twain, and Faulkner. Her writing provides fertile ground for feminist, lesbian, and gender critics, while the deceptive simplicity of her prose conceals a host of biographical, historical, political, biblical, and literary references. With the recent inclusion of A Lost Lady in Encyclopedia Britannica's list of great books and the adaptation of The Song of the Lark for Masterpiece Theater's American Collection series, Cather is now considered not only a Great Plains but a great American writer.