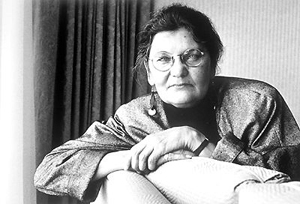 Métis author and activist Maria Campbell is best known for her remarkable autobiography, Halfbreed (1973), the first document of its kind in Canada. In it Campbell describes her early life in a northern Saskatchewan Métis trapping community in the 1940s (she was born at Park Valley in April 1940), the support of her beloved grandmother Cheechum, and the gradual destruction of her family and community by racism, poverty, and alcohol. Left to care for her seven younger siblings after her mother's death, Campbell quit school and married at fifteen. Halfbreed tracks the young Maria's struggle through alcohol, drug addiction, and prostitution and, finally, her healing return to the traditions of her Cree heritage.

Campbell's collaborative theatrical work, Jessica, based on Halfbreed, was first performed in Toronto by Theatre Passe Muraille in 1981. A description of the troubled process of the play's creation was later published with Linda Griffiths under the title The Book of Jessica: A Theatrical Transformation (1989).

Campbell's recent writing has been for children and includes informational illustrated works on Plains Indians and Métis heritage. An illustrated collection of narratives, or "told to" stories, from old men of northern Saskatchewan Métis communities, Stories of the Road Allowance People, appeared in 1995. Campbell has helped establish emergency shelters for women and community theater groups, and she has encouraged First Nations writers. She has been writer in residence at several universities and in 1999 was teaching creative writing at the University of Saskatchewan. Campbell lives on the land homesteaded by Gabriel Dumont, commander of the Métis forces in the North-West Rebellion of 1885.