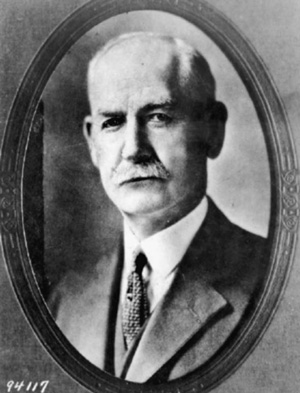 Peace officer, gambler, stagecoach driver, buffalo hunter, and businessman, Wyatt Earp was a legend in his own time and has since been the subject of countless books, articles, and motion pictures. Portrayed as the prototypical frontier lawman, Earp is one of the most popular, heroic, and enduring images of the American West.

Wyatt Berry Stapp Earp was born on March 19, 1848, in Monmouth, Illinois, to Nicholas and Virginia Earp. A farmer, lawyer, and deputy sheriff, Nicholas Earp raised Wyatt to respect the law. Wyatt grew up in Pella, Iowa, then moved with his family to California in 1864. There he took a job in 1865 with the Banning Stage Line, driving the hazardous sixty miles between San Bernardino and Los Angeles. In 1868, at the age of twenty, Earp operated his own freighting business, delivering supplies for Union Pacific construction crews in Wyoming.

In November 1869 Earp replaced his father, who had moved the family back to Missouri the previous year, as constable of Lamar Township in Barton County. He married Urilla Sutherland at Lamar in 1870, but his wife died soon thereafter. Widowed at the age of twenty-two, Earp opted for a life of adventure, heading to the Great Plains, where he spent most of the time from 1871 to 1873 hunting buffalo. During the summer of 1873 Earp lived in the Kansas cattle towns, and in April 1875 he briefly served as a peace officer in Wichita. Contrary to the popular image of Earp as a prolific gunfighter, there is no documented case of him being involved in a gunfight before the infamous "showdown" at the OK Corral in Tombstone, Arizona. Over six feet tall, Earp typically subdued drunks and toughs with firm persuasion or a sharp crack to the back of the head with his revolver, a practice known as "buffaloing."

After leaving Wichita in April 1876, Earp's next stop was Dodge City, sometimes called the "Wickedest City in America." The practical duties and challenges facing lawmen in Dodge were similar to those in Wichita: disarming cowboys, keeping the revelry and vice confined to a designated part of town, handling routine street crime, and maintaining peace and order. Earp was praised regularly by the local press for his work on the Dodge City police force from 1876 to 1879.

Earp left Dodge City in the winter of 1879, settling with his brothers James, Virgil, and Morgan in Tombstone, Arizona Territory. There, Earp worked for Wells Fargo, held an interest in the Oriental Saloon, and served as Pima County deputy sheriff. He maintained a close friendship with dentist, gambler, and suspected highwayman John Henry "Doc" Holliday. On October 26, 1881, growing bad blood between the Earps and members of a group of local hard cases and rustlers, the Clanton-led "cowboy faction," erupted in the legendary confrontation outside Tombstone's OK Corral, leaving Billy Clanton and brothers Frank and Tom McLaury dead. Accounts suggest that Earp fired the fatal shot that killed Frank McLaury. Clanton sympathizers later took revenge on the Earps, wounding Virgil and killing Morgan in separate ambushes. In turn, Wyatt, who was appointed U.S. deputy marshal after the attack on Virgil, is rumored to have killed Frank Stilwell, Morgan's suspected assassin.

If not for the gunfight at the OK Corral, Wyatt Earp might only have been a colorful historical footnote. The transformation of Earp into a folk hero began with the nationwide newspaper coverage of the gunfight and its aftermath and evolved through the writings of Bat Masterson and Earp biographer Stuart N. Lake, whose 1931 Wyatt Earp: Frontier Marshal is the source of many of the tall tales embellishing, idealizing, and romanticizing the historical Earp. Earp spent the years after Tombstone pursuing a variety of business ventures and died peacefully in Los Angeles, California, on January 13, 1929.

The historical Earp was a complex individual and certainly no angel. He was tough, pragmatic, and independent, reflecting his environment and times. As a Kansas peace officer, Earp was respected more than feared, making him an effective lawman. After the layers of legend and myth are peeled back, the Wyatt Earp of history remains a strong, compelling symbol of America's frontier heritage.