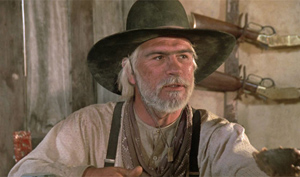 Tommy Lee Jones, who was born to workingclass parents in the small central Texas town of San Saba on September 15, 1946, has the looks (his face appears to have been chiseled by a dusty Plains wind) and real experience of cattle country that surely would have made him a hero of Westerns had not that genre faded before he became a star (his role in the television movie Lonesome Dove [1988] proves this point). Instead, he has become a popular, accomplished, not-quite-leading man in a diverse array of films, including his complex portrayal of murderer Gary Gilmore in The Executioner's Song (1982), his inventive character study of Clay Shaw in JFK (1992), and his tongue-in-cheek performances in Hollywood action movies like Men in Black (1997).

There is no doubt that Jones is a fine actor who through small gestures can make his characters real, and he was honored as such with a best supporting actor Academy Award for his role as Gerard in The Fugitive (1994). Yet part of his appeal is that he doesn't seem to take himself seriously. A cum laude graduate in English from Harvard (where he also played football and roomed with Al Gore), he nevertheless still locates "home" as "somewhere between Texas and Mexico"; he likes to play polo, but he also raises cattle on a ranch near San Saba; and he credits his Texas upbringing with giving him the work ethic that carried him through thirty-three feature films by 1998.