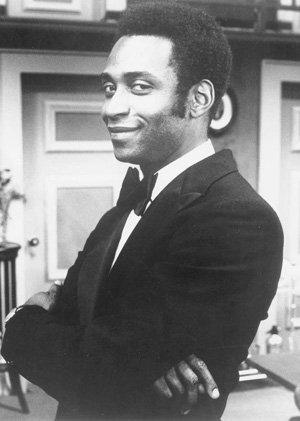 Cleavon Jake Little, stage, screen, and television actor, was born in Chickasha, Oklahoma, on June 1, 1939. His father was a native Mississippian and his mother was a Texan. Both parents were of African and Native American ancestry. Cleavon attended grade school in Chickasha, but the family moved to the Linda Vista section of San Diego, California, in 1953. There, Cleavon went to Kearny High School from 1954 to 1957 and was active in several school drama productions. From 1957 to 1960 he took classes at San Diego City College and from 1962 to 1965 he attended San Diego State University, where he earned a bachelor of arts degree in speech therapy with a minor in dramatic arts. His first job was as a speech therapist at a developmental disabilities center, but he dreamed of becoming a professional actor.

His opportunity came when he entered a nationwide competitive talent search for promising actors sponsored by ABC Television. Cleavon was one of sixteen selected out of 25,000 applicants to receive a full scholarship to the Academy of Dramatic Arts in New York City. While still at the academy he displayed his talents in Shakespeare's A Midsummer Night's Dream and Othello. He received the academy's highest honors, the Charles Jehlinger Award, when he graduated in 1967. Off Broadway he appeared in Americana Off Broadway (1966), MacBird (1967), and Scuba Duba (1967). Cleavon went on to act on Broadway in Jimmy Shine with Dustin Hoffman (1968), Someone's Comin' Hungry (1969), and Ofay Watcher (1969). In 1970 he won a Tony Award for best actor in a musical (for Purlie). Cleavon considered his best works to be I'm Not Rappaport (1985) and his one-man show All God's Dangers (1989). His 1991 appearance as a guest star in Judd Hirsch's TV series "Dear John" won him an Emmy.

Altogether, Cleavon Little appeared in seventeen movies from 1970 to 1991, but he is remembered most for his hilarious role as mild-mannered Sheriff Bart in Blazing Saddles (1974). This quintessential actor of theater, film, and television died of cancer in Sherman Oaks, California, on October 22, 1992. The American Academy of Dramatic Arts set up an endowed scholarship in his name in 1994.