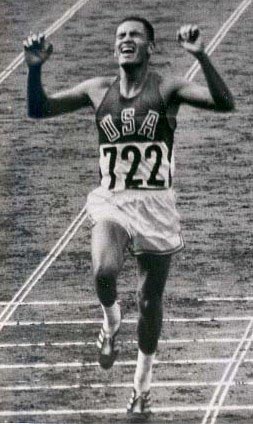 Billy Mills, an Oglala Sioux, achieved one of the Olympic Games' most astonishing upsets by winning the gold medal in the 10,000 meters in Tokyo, Japan, in 1964. William Mervin Mills was born on June 30, 1938, on the Pine Ridge Reservation in South Dakota. He entered Haskell Institute, an Indian school in Lawrence, Kansas, after being orphaned at age twelve. Active in various sports, he discovered a penchant for distance running and, in 1957, obtained an athletic scholarship to the University of Kansas.

Mills won several Big 8 Conference crosscountry and indoor and outdoor track titles before graduating from the University of Kansas in 1962. He joined the U.S. Marine Corps and, after a two-year break from competitive running, qualified for the 1964 U.S. Olympic team in the 10,000 meters and the marathon. A relative unknown in the 10,000 meters, Mills outran favorites Ron Clarke of Australia and Mohamed Gammoudi of Tunisia in the final few meters, establishing an Olympic record of 28:24.4. He joined Louis Tewanima, another Native American who had won the silver medal in the 10,000 meters in 1912, as the only Americans to garner medals in the event. Mills also won national Amateur Athletic Union (AAU) titles at three miles indoors and six miles outdoors in 1965.

After retiring from running, Mills established insurance and public relations firms in California. From 1971 to 1974 he served as an assistant commissioner of Indian affairs in the Office of Recreation and Physical Fitness. In that role, Mills revived the National Track and Field Hall of Fame and the American Indian Athletic Hall of Fame. In 1980 he founded the Billy Mills Leadership Institute to improve social and economic conditions of Native Americans. The 1984 film, Running Brave, depicted his rise to Olympic success.