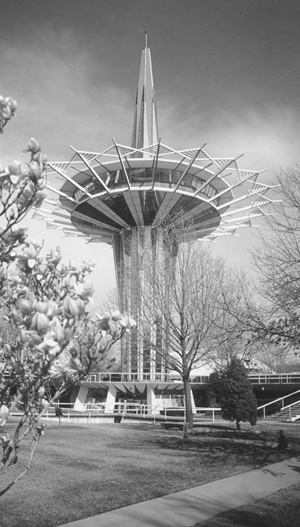 Born on January 24, 1918, in Pontotoc Country, Oklahoma, Oral Granville Roberts was one of the chief architects of a pentecostal/ charismatic revival that flourished in the twentieth century, significantly altering the religious demography of the world. The son of Ellis Roberts, an itinerant evangelist in the Pentecostal Holiness Church, Roberts believed that he was divinely healed of tuberculosis while a teenager, and shortly afterward he was ordained by the Pentecostal Holiness Church. In 1947 he made a bold decision to give up his position as pastor of a church in Enid, Oklahoma, to launch an independent healing ministry. In the second half of the twentieth century, Roberts was the most famous pentecostal evangelist in the world; he developed fresh methods of fund-raising and collected hundreds of millions of dollars to support a diverse assortment of ministries. In addition to conducting revivals in many nations, in the 1950s he launched innovative radio and television ministries. In 1965 Roberts opened Oral Roberts University in Tulsa. In 1980 Roberts set out to add a hospital and medical school to the university. While the university was a successful educational enterprise, the medical school survived for only seven years. By the end of the 1980s Roberts had turned over most of the responsibility for his ministry and the university to his son, Richard Roberts.

Roberts's choice of Tulsa as his home base was a calculated decision. His roots went deep into the soil of Oklahoma; he was proud that his maternal great-grandmother had been a full-blood Cherokee Indian. He imbibed the Wild West enthusiasm of post–World War II Tulsa; it was a place, he believed, where "great ideas can be had and great movements can be launched." Roberts's presence in Tulsa attracted other evangelists to the city, making it a hub of conservative religious activities in the last half of the twentieth century.

Often ridiculed during his early years as a "fake healer" and charlatan, Roberts usually had an uneasy relationship with the press and with mainstream American religious leaders. However, in the late 1960s Roberts made a series of decisions that for a time improved his public image. In 1968 he stopped holding tent revivals and discontinued the television programs that had featured people lining up to be healed. A few months later, in a risky and expensive venture, Roberts released a series of professionally produced television specials that were aired in prime time. At the same time, Roberts left the Pentecostal Holiness Church to become a member of the prestigious Boston Avenue Methodist Church in Tulsa. In the 1980s Roberts's public image once again plummeted. He was criticized by many Tulsa leaders who opposed the building of the huge City of Faith Hospital and by the media because of the extravagant fund-raising tactics he used to fund his excursion into medical education. In addition, while no hint of scandal ever touched Roberts and his wife, Evelyn, his ministry suffered because of widespread criticism of televangelists following the exposes of Jim Bakker and Jimmy Swaggart in the late 1980s.

Oral Roberts was a pivotal figure in twentieth-century Protestantism. He pioneered many of the television techniques that made possible the rapid expansion of religious television in the 1970s and 1980s, and he also devised many of the fund-raising strategies used by later television ministers. Probably more important in the long run, in the 1960s Roberts anticipated the spread of the pentecostal emphasis on the gifts of the Holy Spirit and divine healing into mainstream Protestant churches and the Roman Catholic Church. As early as the 1950s, Roberts's tent campaigns included people from many different churches, and in the 1960s Roberts consciously turned his attention to ministering to nonpentecostal Christians. Through his writings and in scores of conferences at Oral Roberts University, Roberts encouraged a revising of pentecostal theology that made it more palatable to mainstream Christians. By the end of the twentieth century, Oral Roberts had become a guiding figure to millions of charismatic Christians around the world.