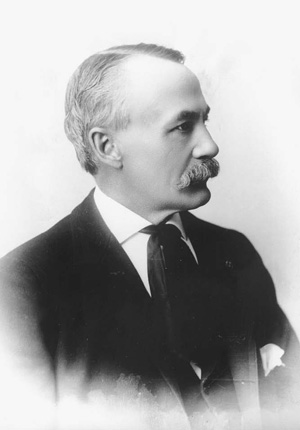 Myron Winslow Reed, Civil War veteran, celebrated preacher, and the West's foremost Christian Socialist, demanded justice for Native Americans, women's suffrage, and assistance for the poor without mandating any moral criteria. Reed was born in Windsor County, Vermont, on July 24, 1836, and graduated from Chicago Theological Seminary in 1868. He conducted ministries in New Orleans, Milwaukee, and Indianapolis before moving to Denver to pastor the First Congregational Church (1884-94). A Democratic candidate for Congress in 1886 and a cofounder of Denver's Associated Charities Organization in 1887, Reed felt he would be more effective as a voice for the Populists, laborers, and ordinary folk: he declared that he would speak his mind to all who would listen, and no rich man would own him.

In response to the problems imposed on the West by industrialism, Reed offered Christian Socialism. After the 1886 Haymarket Affair in Chicago, which resulted in deaths of protesting workers and police, the Rocky Mountain News published Reed's observations that the nation's newspapers had condemned a version of socialism, but not true socialism. He emphasized a Christian Socialism based on cooperation, not cutthroat competition, and which advocated a new society fashioned by persuasion, not violence. In "The Evolution of the Tramp," four sermons published by the News (1886), Reed declared that jobless tramps were victims of industrialism. The tramp, he argued, acted as a warning to society that the social system had failed. Known for his epigrams, Reed said, "It is not a comfortable world while a single soul goes without."

Reed supported the Knights of Labor and the worker's right to organize and bargain collectively. During the 1894 Cripple Creek miners' strike, he publicly backed the strikers. This action resulted in his resignation from his pastorate and the subsequent organization of the independent Broadway Temple, which charged no pew rent. Here Reed preached to a full auditorium, emphasizing workers' rights and Christian Socialism. As president of the Brotherhood of the Cooperative Commonwealth, he planned to organize a socialist colony in Colorado, but illness stopped him.

"The people's voice" died on January 30, 1899. More than 6,000 people from all walks of life tried to crowd into the Broadway Temple for his funeral. These mourners confirmed his influence and popularity for all social classes.

James A. Denton University of Colorado at Boulder