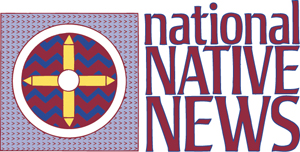 Radio stations owned and operated by Native Americans and Native Canadians serve much of the Great Plains. The delivery systems are different in the two countries, but the goals are similar: to help preserve and promote Indigenous languages and cultures.

Broadcast media were once negative forces in Indigenous communities because they bombarded the communities with Western languages, cultures, and values. The media of the dominant culture overwhelmed and imperiled fragile traditional cultures. In recent years, however, electronic media owned and operated by Indigenous people have helped to restore the balance.

The first Native American radio station went on the air in 1973. A scattered few additional stations followed during the rest of the decade, but their development was hampered by a lack of funds. A change in federal government policy in the 1980s provided more resources to equip and operate Native stations, and their numbers grew steadily. As of 1999, some forty stations were broadcasting across the United States, and others were being planned.

Fourteen of the Native stations serve the American Great Plains. Each of the stations operates independently. They are licensed variously to tribal councils, community colleges, church groups, and nonprofit corporations. Half of the stations are located in the Dakotas, with three in North Dakota and four in South Dakota. Montana, Wyoming, and Colorado are each home to one station, and there are four in New Mexico. One is being planned for western Minnesota. There are no Native stations in Nebraska, Oklahoma, Texas, or Kansas.

Some stations receive programming from the National Public Radio network, but most do not because of the expense involved in being a member of the network. Most do receive satellite-delivered programming such as National Native News (a newscast) and Native America Calling (a call-in program) and other services of the American Indian Radio on Satellite Network (AIROS). Many non-Native stations in the region also broadcast some of these programs. Popular music and public service programs, including coverage of powwows and other cultural events, are also featured on Native stations. Traditional languages are used extensively on some stations, while others do little or no Native-language programming because the languages are seldom used anymore or there are multiple Indigenous languages in a listening area, which limits the use of any single language.

Indigenous stations also serve the Canadian provinces in the Great Plains. Similar to the situation in the United States, Indigenous communities had little control of the media that reached them until the 1980s, when the Canadian government began to fund and support Native-controlled electronic media that would protect and preserve Indigenous languages and cultures. Alberta, Saskatchewan, and Manitoba are each home to sophisticated radio networks that deliver signals to dozens of communities in each province. Corporations in each province provide this service. In Alberta, CFWE-FM radio, owned and operated by the Aboriginal Multi-Media Society, reaches forty-six communities in the province by satellite. In Saskatchewan, the Missinipi Broadcasting Corporation provides the service to more than thirty communities via fm transmitters or cable. In Manitoba, the Aboriginal fm Network of Native Communications Inc. reaches seventy sites. This centralized network system is different from the American model but is an efficient means of reaching the large and sparsely populated regions that are served.