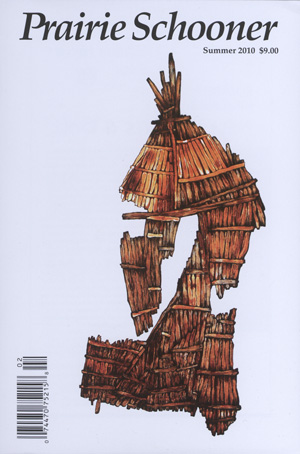 The Prairie Schooner, founded in 1926 at the University of Nebraska by Lowry C. Wimberly, is widely recognized as one of the premier literary magazines in the world. It has been cited by the Washington Post for its "fabulous fiction" and by the Dictionary of Literary Biography and Writer's Digest as one of the top ten magazines publishing poetry.

Perhaps the best summation of the Schooner's history appeared in the Literary Magazine Review several years ago: "[The] Prairie Schooner rolls along, avoiding the quagmires of fads and schisms, steadfastly defining the American idiom."