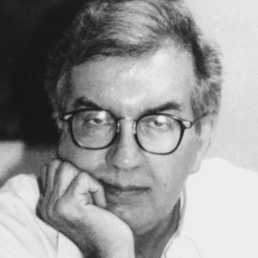 Born June 3, 1936, in Wichita Falls, Texas, to Hazel Rugh McIver and Jefferson McMurtry, Lawrence Jefferson McMurtry grew up with ranch hands and cowboys. He received a bachelor of arts degree from the University of North Texas and a master of arts degree from Rice University and studied creative writing at Stanford. He married Josephine Ballard on July 15, 1959; they divorced in 1966. He has one son, James Lawrence. McMurtry taught creative writing at Rice from 1963 to 1969 and now lives in Archer City, Texas, where he runs a bookstore called Booked Up.

McMurtry has published twenty-one novels and much nonfiction, and he has received numerous literary awards. His trail-driving novel, Lonesome Dove (1985), received the Spur Award of the Western Writers of America, the Texas Institute of Letters Prize, and a Pulitzer Prize (1986). McMurtry has written sequels to all of his most popular books. He followed the characters of Lonesome Dove in sequels, prequels, and the television miniseries films The Streets of Laredo (1995), Return to Lonesome Dove (1993), and Dead Man's Walk (1996), but he has never managed to improve on the originals. The Last Picture Show (1966) was reprised in Texasville (1987), and Duane's Depressed (1999) and other works are linked by their characters.

What makes McMurtry's Lonesome Dove one of the best Westerns ever written is his ability to combine a rip-snorting story full of wonderful characters with a history of and elegy for America's westward migration. Lonesome Dove joins Horseman, Pass By (1961) and Leaving Cheyenne (1963) as McMurtry's Texas trilogy. McMurtry's In a Narrow Grave (1968) collects many of his published essays.

Most of McMurtry's novels have a certain wistfulness. Sadness and laconic humor, occasioned by loneliness and an awareness of the uncertainties of life, run through his work in an insistent refrain.

Previous: May, Karl | Contents | Next: Memoirs