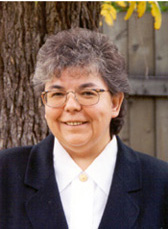 Emma LaRocque is a Plains Cree Métis who was born in a log cabin on January 2, 1949, in Big Boy, northeastern Alberta. Her family made a living from trapping. In Defeathering the Indian (1975), she points out that she did not know that she was poor or culturally deprived until she started school. Her book de scribes a happy childhood, and though she insisted on being sent to school at an early age, in retrospect she is saddened by the fact that this education stole her away from her parents and her culture. LaRocque worked as a teacher on the Janvier Reservation until 1971, then as a reporter and editor for the Alberta Native Communications Society's newspaper, Native People. She has earned two master's degrees and is now a professor of Native studies at the University of Manitoba.

LaRocque is both a literary critic and a poet. Her early writing began with cogent discussions of colonization and oppression and how these have affected Métis society. She has since become a powerful political writer in the broader fields of social criticism, human rights issues, women's rights, and family violence. She feels that much of her writing has been constrained by her academic training and deplores the fact that if she draws on information from experts within her culture, it is not accepted by the academy. She also resists what she calls the "ghettoization" of Native literature, whereby it is defined as "Native" when indeed it may address universal issues. LaRocque's poetry does indeed address universal issues, as in "Coffins Fell from the Sky," a lament upon the news that her mother had terminal cancer, but the "angry prairie wind of coldstone Canada" (from the poem "1990") also blows through her poems, lodging them in her Métis Alberta background.