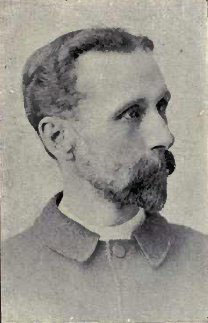 Charles William Gordon was Canada's first best-selling novelist. Born on September 13, 1860, in Glengarry County, Ontario, to Mary Robertson Gordon and Scots missionary Daniel Gordon, Charles was educated at universities in Toronto and Edinburgh, earning a doctor of divinity. He served as a Methodist missionary in pioneer settlements west of Calgary from 1890 to 1893, then as pastor of St. Stephen's Church in Winnipeg until his death on October 31, 1937.

Gordon began writing moral tales under the pseudonym "Ralph Connor" to promote missionary work, but because he happened to be a gifted storyteller, his first three books, Black Rock (1898), The Sky Pilot (1899), and The Man from Glengarry (1901), sold over five million copies–an unheard-of number for a Canadian author. He wrote twenty more, and for a time his popularity could be compared to Zane Grey's. Gordon counted national leaders such as Wilfrid Laurier, Theodore Roosevelt, and Woodrow Wilson among his readers and friends and was himself one of Canada's most prominent citizens, providing leadership in national and international organizations.

Not surprisingly, the Reverend Gordon's romances were didactic, promoting the values of muscular Christianity, the Social Gospel, and the Empire. Their patriarchal, imperialist, and ethnocentric assumptions render them worse than irrelevant today, but Gordon did embrace the more liberal social and political ideas of his time, including public ownership of certain industries.

Only a few of Gordon's romances are set on the Plains or in the foothills, including The Foreigner (1909) and Corporal Cameron of the North West Mounted Police (1912). The Sky Pilot epitomizes these Western stories, depicting a young tenderfoot missionary winning over the blasphemous ranch hands by proving he is straight and manly. In Gordon's marriage of East and West, counter to the American frontier formula, western vitality is tamed by eastern refinement.