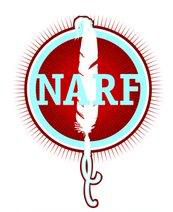 The Native American Rights Fund (NARF), based in Boulder, Colorado, is the oldest and largest nonprofit national Indian rights organization in the country. Since its establishment in 1970, NARF has grown from a three-lawyer staff to a firm of forty full-time staff members, with fourteen attorneys. Most of the attorneys and nearly all support staff personnel are Native American. NARF has represented more than 200 Indian tribes located in thirty-one states, including many Native people who are Indigenous to the Great Plains. The hundreds of cases it has handled have involved every major problem and issue in the field of Native American law. The Native American Rights Fund is governed by a thirteen-member board of directors composed entirely of Native people. This board charts the direction of NARF's activities by setting priorities and policies. Board members are chosen on the basis of their involvement in Native affairs, their knowledge of the legal problems facing Native Americans throughout the country, and, most importantly, their dedication to the well-being and survival of Native Americans.

Today, more than fifty-five Indian tribes are an important and integral part of the economic, political, and cultural life of the Great Plains. Most have treaties with the United States that set forth property, political, and legal rights. Each Great Plains state contains Indian reservations that were established by treaties or other federal action and are governed by tribal governments. From legal and political standpoints, each reservation in the United States is a nation within a nation. The power of tribal governments and the jurisdiction over reservation lands among tribal, state, and federal governments are integral aspects of Great Plains governance and are continually being refined by litigation or legislation. At the same time, the protection of and control over the natural resources located on Indian reservations such as water, oil, and natural gas are vitally important to Indian owners. Tribal people are citizens of their respective Indian tribes, the United States, and their respective states, and they aspire to rights of self-determination, tribal sovereignty, cultural rights, and human rights similar to those sought by other Indigenous peoples throughout the world.

NARF attorneys work to tear down barriers to the fulfillment of these rights in Great Plains courtrooms and legislatures. For example, NARF has worked to restore land and federal recognition to the Alabama-Coushatta Tribe, the Kickapoo Tribe, and the Ysleta del Sur Pueblo in Texas and to restore tribal jurisdiction to the Winnebago Tribe in Nebraska. In Oklahoma, NARF has worked to recognize the reservation status of Pawnee lands, to clarify Osage tribal government status, and to confirm Cheyenne and Arapaho tribal oil and gas taxation authority. In the area of human rights, NARF has represented Native American inmates in jails and prisons in North and South Dakota, Nebraska, Kansas, and Oklahoma. It provided legal representation to tribes located in Oklahoma and North Dakota to protect tribal burial grounds from desecration and to repatriate human remains that had been removed from tribal graves and carried away to museums, historical societies, and other institutions. NARF has also represented tribes and students in South Dakota, North Dakota, Oklahoma, and eastern Colorado on education issues relating to public, tribal, and Bureau of Indian Affairs schools. NARF has represented traditional religious practitioners in protecting their freedom of worship at sacred sites in eastern Wyoming, in prisons, and during the worship ceremonies of the Native American Church. These issues illustrate the problems that confront Great Plains Indian tribes in the United States today as Native peoples strive to live according to their traditional ways of life and the aspirations of their forefathers.