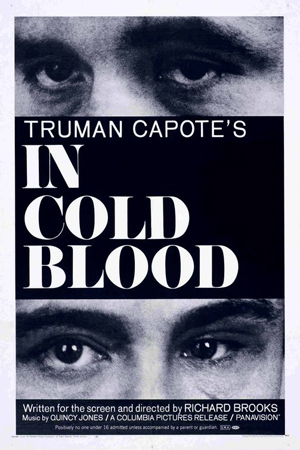 In Cold Blood is the compelling and controversial account of the brutal murder of Herb, Bonnie, Nancy, and Kenyon Clutter inside their farmhouse near Holcomb, Kansas, on November 15, 1959, and of their murderers, Richard Eugene Hickock and Perry Edward Smith. Truman Capote's Edgar Award–winning work catapulted him to the peak of his career with its release in 1965. The country was still recovering from the rampage of mass killer Charles Starkweather in Nebraska and Wyoming (he was executed on June 25, 1959) when another horrible slaying traumatized the nation's heartland. The innocence associated with rural America was shattered, and the phrase "it can't happen here" seemingly did not apply anymore.

Shortly after reading about the killing of the Clutter family, Capote, accompanied by his childhood friend, author Harper Lee, traveled to Holcomb on assignment for the New Yorker to do his investigative research. He interviewed Dick Hickock and Perry Smith after they were captured in Las Vegas, Nevada, and returned to the Finney County jail. Capote followed their lives for more than five years, from the trial in Garden City and subsequent conviction for first-degree murder, through the numerous appeals, and ultimately to their execution on April 14, 1965, at the state penitentiary in Lansing, not far from where Hickock had grown up in Olathe. Capote watched Hickock die; however, he had grown much too close to Smith, a mixed-blood Western Shoshone from Nevada, to witness his execution, and he ran from the building where the hangings were staged.

The fascination with what transpired that night outside Holcomb in remote southwestern Kansas and the events that followed continues unabated. Within two years after Capote's work was published, a motion picture by the same name was released. The "semidocumentary," directed by Oscar-winner Richard Brooks, received four Academy Award nominations in 1968. More recently, a TV movie aired in 1996, and the A&E Channel featured the Clutter murders and In Cold Blood in its American Justice series.

In 1997 Doubleday published George Plimpton's book Truman Capote. Plimpton, in focusing on Capote through the eyes of those who knew him prior to his death in 1984, explored the author's motives in creating what he claimed was a new genre, the "nonfiction novel." The Modern Library in 1999 ranked In Cold Blood 96th among its top 100 nonfiction books.

Capote, Truman. In Cold Blood: A True Account of a Multiple Murder and Its Consequences. New York: Random House, 1965.