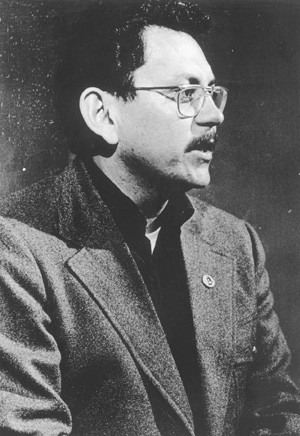 José Angel Gutierrez,along with Cesar Chavez, Reies Tijerina, and Corky Gonzales, stands out as an important leader in the Chicano movement of the late 1960s and early 1970s. He was born into a middle-class family on October 25, 1944, in Crystal City, Texas. When he was still in grade school, his father died and young Gutierrez was forced to work in the fields to help support his family. Despite facing such hardships early in his life, Gutierrez emerged as a bright student and gifted leader; he served as the student body president of his high school. Gutierrez earned a bachelor's degree in political science in 1966 from Texas A&M University in Kingsville and a master's degree in the same field two years later from St. Mary's University in San Antonio.

While at St. Mary's Gutierrez continued his role as a student leader by helping to organize a chapter of the Mexican American Youth Organization. By 1970 Gutierrez had returned to Crystal City, where he organized the Mexican American population through a new political party, La Raza Unida. With a mobilized Mexican American electorate, Gutie;rrez was elected to the city council and later to the school board. From these positions of power, Gutierrez and other Mexican American leaders enacted changes in the school system, including the introduction of bilingual and bicultural education programs, and improved relations between the Chicano and Anglo communities.

By the mid-1970s Gutierrez was less involved in politics, but he continued to represent his community. In 1974 he was elected to a judgeship in Zavala County. He also continued his education, earning a doctorate in political science in 1976 from the University of Texas. Gutierrez served as a judge until 1981 when he resigned to take a teaching position, first at Colegio Cesar Chavez in Mt. Angel, Oregon, and later at Western Oregon State College. By 1986, however, Gutierrez was back in Texas working on his law degree (which he earned in 1988) at the University of Houston. In 1993 he ran unsuccessfully for Lloyd Bentsen's vacated U.S. Senate seat. Gutierrez was a professor of political science at the University of Texas at Arlington in 2001.