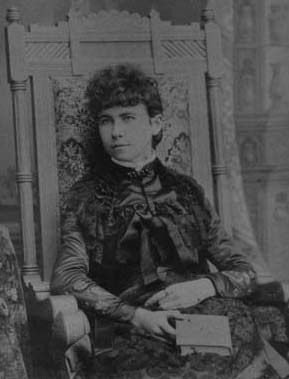 Detailing the life of small-town pioneers, Kate M. Cleary wrote novels, stories, sketches, and poems about Nebraska in the late 1800s. Born on August 22, 1863, in Richibucto, New Brunswick, Canada, she moved with her mother and two brothers in 1880 to Chicago, where the whole family wrote to support themselves. In 1884 she married Michael Cleary, and the couple moved to the newly founded village of Hubbell, Nebraska. While in Hubbell, the Clearys had six children, losing two daughters within a year of each other. The family moved back to Chicago in 1898.

After nearly dying from childbirth fever in 1894, Cleary became dependent on the morphine that her doctor had given her to relieve the pain. She battled ill health as well as addiction throughout her life, finally admitting herself to the Elgin Asylum for the Insane for drug treatment. After her treatment she separated from her husband and dedicated herself to writing, insisting on supporting the children's private schooling. She died of heart failure in Chicago on July 16, 1905, at age forty-one, just as she had begun negotiating with publisher Houghton Mifflin on a collection of her short stories. It was never published.

Throughout her lifetime Cleary wrote hundreds of stories, which appeared in such diverse outlets as the Chicago Tribune, Cosmopolitan, and McClure's. The best of them are about early Plains settlers, especially the men and women in rural villages. Many of them are realistic or naturalistic depictions of the hardships of western pioneers. Others, however, are humorous and satirical portrayals, gently mocking social pretensions and the idealized Cult of True Womanhood.