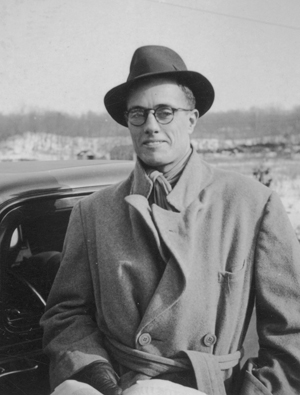 Although best known as the folk-song collector who found Huddie "Leadbelly" Ledbetter in a Louisiana prison, John A. Lomax's pioneering role in cultural preservation was established more than thirty years earlier with the publication of Cowboy Songs and Other Frontier Ballads (1910). Born in Holmes County, Mississippi, on September 23, 1867, he was scarcely two when his family moved to Texas, and he always considered himself a native Texan. The social and cultural heritage of the Lone Star State was to have a pervasive influence on his life's work.

In his youth Lomax attended a small frontier "college" in Granbury, Texas, and later taught school for a time. In 1895, when he was twenty-eight, he entered the University of Texas as a freshman and eventually earned two degrees there (bachelor of arts, 1897; master of arts, 1906). He also attended the University of Chicago (1985, 1903) and, ultimately, Harvard University (master of arts, 1907), where he studied comparative literature and balladry under such luminaries as Barrett Wendell and George Lyman Kittredge. From 1897 to 1903 he served as registrar of the University of Texas, and at intervals beginning in 1903 he taught English at the Agricultural and Mechanical College of Texas (later Texas A&M University).

In 1907, supported by Kittredge and Wendell, Lomax began what proved to be one of the first serious, systematic efforts to collect American folk songs. Traveling through the Central Plains and Southwest, sometimes on horseback, he gathered and recorded such now-famous classics as "Home on the Range," "Git Along Little Dogies," and "The Old Chisholm Trail," published three years later, with 109 others, as Cowboy Songs and Other Frontier Ballads.

Lomax returned to the University of Texas in 1910. His association with the university shaped both his personal and professional life for many years, although he left or was forced out of positions there no fewer than three times between 1903 and 1925, when he moved to Dallas to accept a job as vice president of the Republic National Bank. At that point his song-collecting activity, which had dwindled over the years, seemed finished.

When the Depression struck, Lomax was in his sixties, in ill health, and mourning the death of his wife. In 1932 his sons, John Jr. and Alan, persuaded him to resume his folksong lecture tours and fieldwork. Together they mapped out a six-month lecture-and-collecting tour that took them across the nation, restored both Lomax's health and bank account, and set the pattern for the next ten years of his life. From this work came American Ballads and Folk Songs (1934) and Our Singing Country (1941), which preserved in print such national treasures as "Casey Jones," "Rye Whiskey," "Amazing Grace," "Cotton-Eyed Joe," "Jack o' Diamonds," and many others.

In 1933 Lomax was named curator of the Archive of American Folksong at the Library of Congress. With support from that institution, he and his son Alan made field recording trips throughout the 1930s, pioneering the use of instantaneous disk recording for that purpose and eventually depositing in the archive recordings of more than 4,000 folk songs. Along the way he found time to conduct notorious verbal duels with his critics and detractors, to promote Leadbelly, and to publish seven more books, including his autobiography.

In early 1948 Lomax traveled to Greenville, Mississippi, near his birthplace, for a celebration in his honor. Before the ceremony could begin, he suffered a massive heart attack and died two days later, on January 26, 1948.