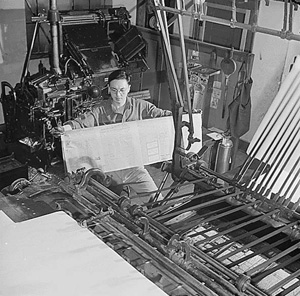 William K. Hosokawa was not born in the Great Plains–he was born on January 30, 1915, in Seattle, Washington–but he moved to the region as a young man and spent more than forty years as an award-winning journalist for the Denver Post and historian for the Japanese American Citizens League (JACL).

Hosokawa's parents were first-generation Japanese immigrants (issei). As a youngster Hosokawa spoke Japanese and did not learn English until he attended public school. From an early age he had an interest in writing. He served as the sports editor for his high school newspaper and later at the University of Washington wrote for the student newspaper and for Seattle's Japanese American Courier. After graduating in 1937 with a bachelor's degree in liberal arts and a minor in journalism, the young journalist married Alice Tokuko Miyake and moved to Asia where he worked as managing editor for the Singapore Herald (1939–40) and then as a writer for the Shanghai Times (1940–41). With tensions increasing between the United States and Japan in 1941, however, Hosokawa returned to Seattle just weeks before Pearl Harbor.

Like most West Coast nisei (second-generation Japanese Americans) Hosokawa and his family were forced from their Seattle home by the federal government and sent to internment camps. While being held at the Heart Mountain Relocation Camp in Wyoming, Hosokawa continued writing by editing the camp newspaper. Hosokawa was released in 1943 and took a job in Iowa as a copy editor for the Des Moines Register. In 1946 he moved his family to the Great Plains, where he began a long career with the Denver Post. Throughout his newspaper career there he held a variety of positions: war correspondent in Korea (1950) and Vietnam (1964), associate editor (1963–77), editorial page editor (1977–83), and columnist (1983–92). Hosokawa also taught journalism at the University of Northern Colorado, University of Colorado, and University of Wyoming.

Hosokawa has written several important books on the Japanese American experience. His most important works include Nisei: The Quiet Americans (1969) and JACL in Quest of Justice (1982), both of which chronicle the history of the Japanese American Citizens League and its quest for redress for internment during World War II. He also coauthored They Call Me Moses Masaoka (1987) with Mike Masaoka, the leader of the JACL. Hosokawa has won awards from the Colorado Society of Professional Journalists (1976) and the Denver Press Club (1985), and in 1990 he received an honorary doctorate from the University of Denver. Hosokawa is retired and lives in Denver.