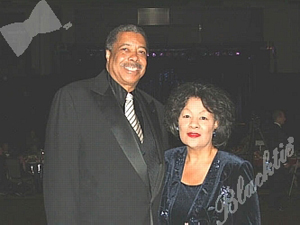 Wellington and Wilma Webb are Denverites who began their public careers as community activists in the 1960s. Wellington's service began with his election from District 8 on the city's northeast side to the Colorado House of Representatives in 1972. Wilma's began with her appointment to the House from the same district in 1980, to which she was subsequently elected following King Trimble's resignation to run for the Denver city council. Since then they have held local, state, and federal government positions and have been active in the Democratic Party. Indeed, Wilma has held positions in the party up to and including party secretary.

From 1977 to 1981 Wellington served as the regional director of the U.S. Department of Health, Education, and Welfare, and from 1981 to 1987 as the director of the Colorado Department of Regulatory Agencies. In 1987 he was elected auditor of the city of Denver, remaining in that post until 1991 when he was elected mayor, an office for which he had first campaigned in 1983. He was the first African American mayor of Denver. He was reelected twice and concluded his third and final term in July 2003. Wilma was reelected fives times as the state representative for District 8, resigning after her husband's election as mayor. Perhaps her most significant achievement was Colorado's recognition and celebration in 1984 of a state holiday on Martin Luther King Jr.'s birthday, after a ten-year struggle that she spearheaded.