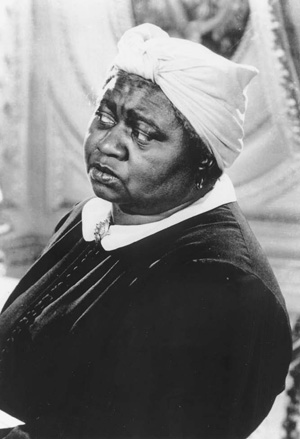 In the post–Civil War period, Kansas became the new promised land for recently freed slaves. This was John Brown country, and African Americans believed they would be treated more fairly here than in the South. They traveled by railroads, rivers, and on foot. The Missouri, Kansas, and Texas Railroad ran through Emporia, with easy transfers to the Atchison, Topeka, and Santa Fe Railroad for points west, including Wichita and Fort Collins. Two of the black settlers who came to Wichita, Kansas, were Mr. and Mrs. Henry McDaniel. Henry, originally from Virginia, and Susan (nee Holbrook), from Tennessee, ultimately had a family of thirteen children, most of whom died at birth or shortly thereafter. Their youngest, Hattie, was born on June 10, 1895. The family moved to other places in the Great Plains: first to Fort Collins, Colorado, and then to Denver, the city Hattie McDaniel always considered to be her hometown.

Hattie became an internationally known movie star. She began her professional career in a band; she was the first African American woman to sing on the radio. She started appearing in movies in the early 1930s. Her greatest film achievement was her role as Mammy in Gone with the Wind (1939), for which she won an Academy Award for best supporting actor. This was the first time an African American had won an Oscar. Altogether, she played in about 100 films, with only half of them attributed. After Gone with the Wind, Hattie was much in demand, and she made at least one movie a year during the 1940s (except 1945), including In This Our Life (1942) and Since You Went Away (1944).

In 1947 she began starring in Beulah, which became the most popular radio program in the United States. She was scheduled for a television version of Beulah but fell ill with breast cancer. Hattie McDaniel died on October 26, 1952, and was buried in Rosedale Cemetery in Los Angeles.