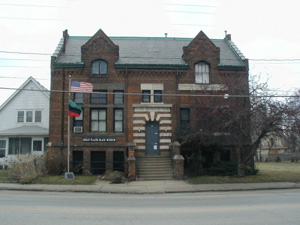 The Great Plains Black Museum at 2213 Lake Street in Omaha, Nebraska, has one of the largest repositories of historical materials and resources on the African American experience in the United States. The museum opened in the historic Webster Telephone Exchange building in February 1976 with more than 10,000 rare books, artifacts, magazines, documents, letters, pictures, and other memorabilia from Mrs. Bertha Calloway's private collection. The museum was also supported by a $101,000 grant from the board of the American Bicentennial Administration. Other financial support has come from private contributions, voluntary donations, and state agency grants.